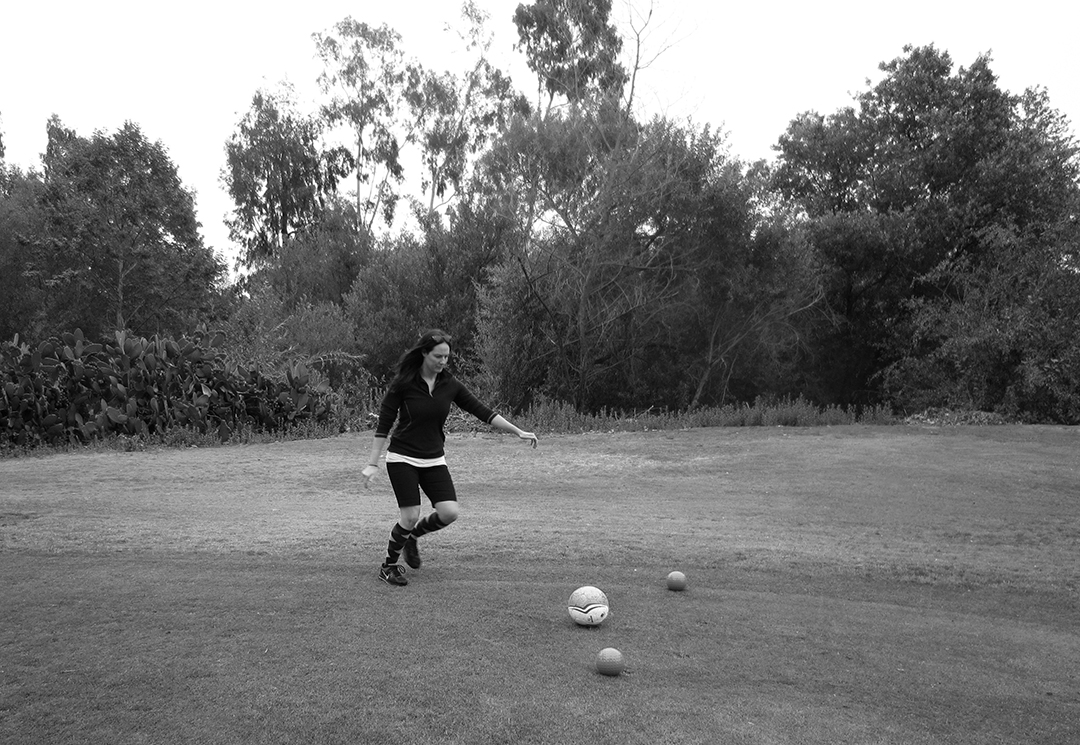 The kick in FootGolf is as important as your swing in golf. A kick is defined as one motion with the foot never resting against or on the ball. Every movement of the ball is counted as one kick, and kicks equate to shots in golf. So the object of the game is to get your ball into the hole in the lowest amount of kicks possible.

The following kicks are allowed during the game:

So let’s dissect these kicks one by one and talk about when you might use each during a FootGolf round.

The Top of the Foot Kick – In soccer, this kick provides a player with increased power, speed, and distance. It is one of the main three areas to kick with the foot. It is often used during shot-making and if a player needs to clear the ball. However, with more power, you risk sacrificing accuracy. In FootGolf, the same idea applies. This kick is like your driver. You can use it off the teeing area and on long holes. Just make sure that there aren’t any water hazards or out-of-bounds areas you could get into trouble with – as the ball does curve in the air and often rolls much further and longer than a golf ball.

The Toe Kick – In soccer, the toe kick is often avoided altogether as it is highly inaccurate and, especially in junior leagues, can cause unnecessary injury. However, in FootGolf, the toe kick can be extremely useful in chipping and putting, as you can lift the ball with a toe kick, or you can punt it into the hole from a short distance.

Back of the Foot Kick – In soccer, the back of the foot kick is used as a deception kick or pass, as you are often not looking at the ball as you kick. In FootGolf, this kick can be used to avoid unmovable obstacles that might prevent a more standard kick. It also can be used as another way to putt if you feel more stable – just make sure to look where you kick!

Internal Side Kick – In soccer, this kick is often used as a pass or for a controlled, mid-to-short range target. While not as powerful as a top of the foot kick or even an external side kick, it is more accurate. In FootGolf, the Internal Side Kick is used as you might a mid-range iron or wedge in golf. If you want to avoid that hazard or chip/shoot onto the green from a shorter distance away, this is the shot.

Whatever kick you use, how you kick the ball in FootGolf is one of the most important aspects of the game, and understanding the strategy behind kicking in FootGolf and learning how to properly use all these kicks are two keys to unlocking your FootGolf game.